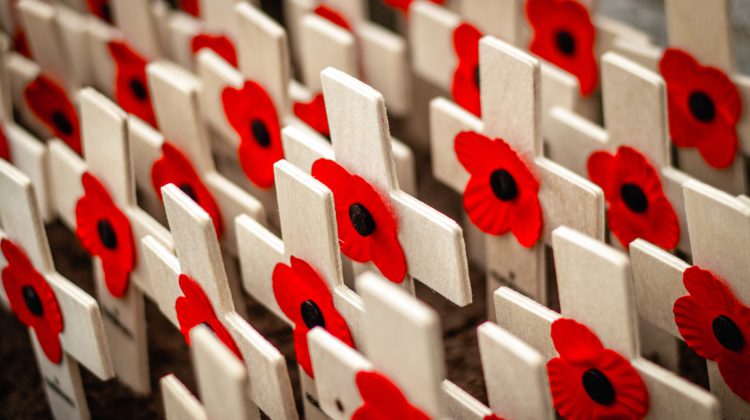 Remembrance Day ceremonies were held, but the Covid 19 Pandemic took away the opportunity for people to visit cenotaphs across the country and join Canada’s veterans in remembering those who have been lost in conflicts.

In Duncan, the service at the cenotaph in Charles Hoey Park was not open to the public.

Forty-five veterans were invited to attend.

To ensure the health of those who were at the cenotaph, there were physical distancing and mask protocols in place.

The public was able to view the ceremony on YouTube.

At the cenotaph in Chemainus today there was a very small crowd and wreaths had been placed by members of the Legion.

There was a fly-over in Duncan and North Cowichan.

The Remembrance Day ceremony in Nanaimo usually attracts up to 5-thousand people.

This year. however, a ceremony was held at the Cenotaph, but there was no parade and the public was asked not to attend.

North Cowichan Mayor Al Siebring release a statement on behalf of the municipality.

Siebring says we mark 75 years since the end of the Second World War, they want to acknowledge “every strong, resilient and heroic individual who has served Canada over the course of our history.”

“We acknowledge the countless acts of bravery that have been shown by our past and present military members in times of war, military conflict, and peace. We commit to teaching our younger generations about the importance of taking time on this day to bow our heads and remember.”

Across Canada, cenotaph ceremonies were small, with a few invited guests while most people watched via online live stream.

Canada’s first day of remembrance took place in 1919, and it was originally known as Armistice Day.

It was a commemoration throughout the British Commonwealth of the armistice agreement that ended the First World War when it was signed on November 11, 1918, at 11 am.

During the 1920s, Armistice Day was held on the Monday of the week in which November 11th fell.

The Remembrance Day that has been held in Canada for near 90 years came about in 1931 when legislation was passed by the House of Commons to observe Armistice Day only on November 11.

The bill also changed the name to Remembrance Day.

On November 11th, 1931, the first commemoration known as Remembrance Day was observed in Canada.

Each year millions of Canadians wear a poppy on Remembrance Day.

The money earned through donations to the Legion’s Poppy Fund helps support veterans in a variety of ways.

The Legion puts that money to use by funding eligible organizations that create veteran support initiatives.

To be eligible to apply for funding from the Legion’s Poppy Fund, organizations must provide support for Veterans and their families.

From October of 2018 to October 2019, the Legion distributed 15-Million dollars to support Veterans and their families.