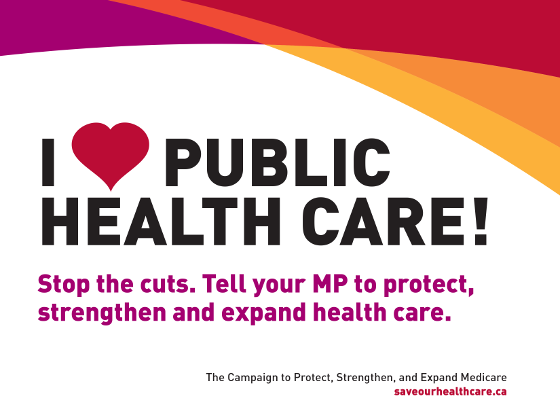 It has been exactly a year since the the Harper government let Canada’s Health Accord expire.

Today the Hospital Employees Union, CUPE, the Council of Canadians and other public health care advocates are taking part in a “National Day of Action for a new Health Accord”.

There are rallies planned at hospitals right across the country, including Nanaimo and Victoria.

HEU Regional VP Barb Biley says the Health Accord was an agreement between the feds, provinces and territories that established stable funding. She says it was supposed to be renegotiated.

Biley says the cuts have meant $5 billion less for BC health care, and with changes coming to federal transfer payments, she says it’ll only get worse.

She says they’re encouraging people to sign an online petition.