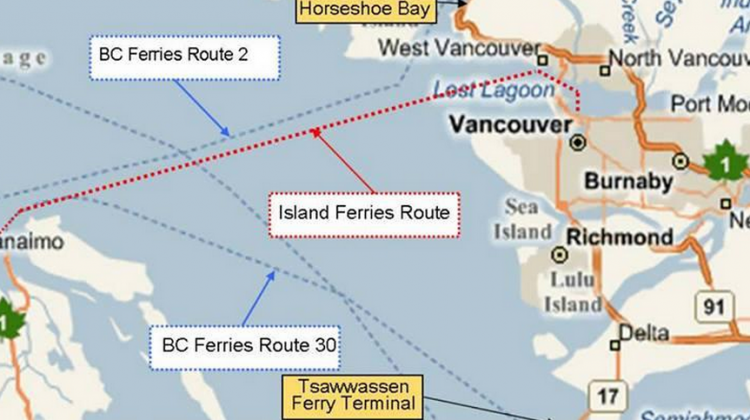 There was supposed to be a new link between the mid island and downtown Vancouver established by now.

Island Ferries was hoping to have a passenger-only ferry service between downtown Nanaimo and Vancouver up and running.

The lease they negotiated with the City of Nanaimo set March 31st as the start date.

But Island Ferries Director David Marshall says they weren’t able to make that deadline because their funding isn’t in place yet.

Marshall says they’re pursuing two possible ways of getting the $14 million they need. They’re applying for a federal government grant from the Building Canada Fund and talking to private investors.