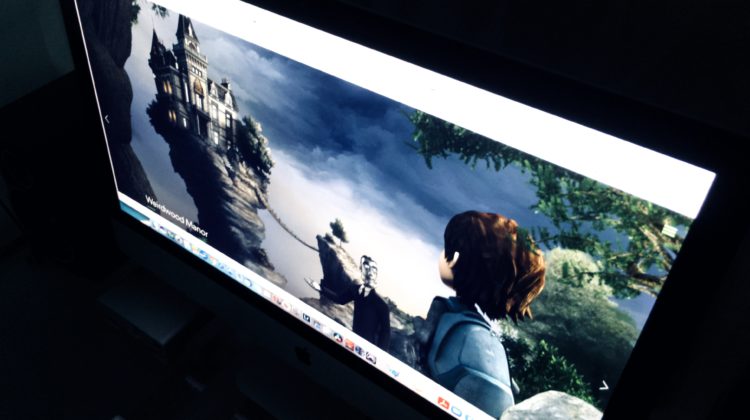 Carroll is the producer of Netflix’s animated hit, The Willoughbys, and will also act as SVP of Development for Wasabi Entertainment, the original content division of Relish.

Wasabi is currently in pre-production on its first feature film, Shadowrail Circus, and there are plans to create a slate of original animated features.

Carroll says animation is currently enjoying increased popularity during the coronavirus pandemic because it’s not affected in the same was as the live action productions and work is able to continue.

He believes the Cowichan Valley is a good spot for the company to open a studio because of its attractive lifestyle features, and technology makes collaboration with talent elsewhere in the company, and globally, easy.

According to Carroll, “the biggest hope and goal is that we grow a vibrant animation community here in the valley.”

Looking for work in animated features and television production? Carroll says Relish is “actively hiring” people for production positions, editorial, animation and other roles and are looking for people who are “interested in the island adventure.”

Carrol says Relish has an impressive track record of combining great creative with the latest technology. He calls it an “unbelievable opportunity” to be able to apply this knowledge to a slate of wildly exciting animated feature films, and “the fact that we get to do this on Vancouver Island is beyond incredible.”

The Duncan studio is led by Relish and Wasabi CEO Paul Pattison, who says having Carroll on the team not only adds his experience producing animated features, but says “we share a common vision for building an artist-driven studio that puts story first while also pushing technical boundaries.”

Pattison says Vancouver Island makes a perfect base for their west coast animation operations,”work-life balance is important to us and in that regard, Vancouver Island really delivers. Secondly, it’s quite close to Vancouver, making it easy to work with clients and partners there.”

Wasabi’s first feature, Shadowrail Circus is set within Relish Interactive’s popular Weirdwood universe and tells the story of young Lettie Donough who unknowingly unlocks her dormant magical abilities and is thrust into service with a troupe of fantastical circus performers who are pursued by a sorcerous Pirate Queen.

The animated film is expected to be released in 2022.