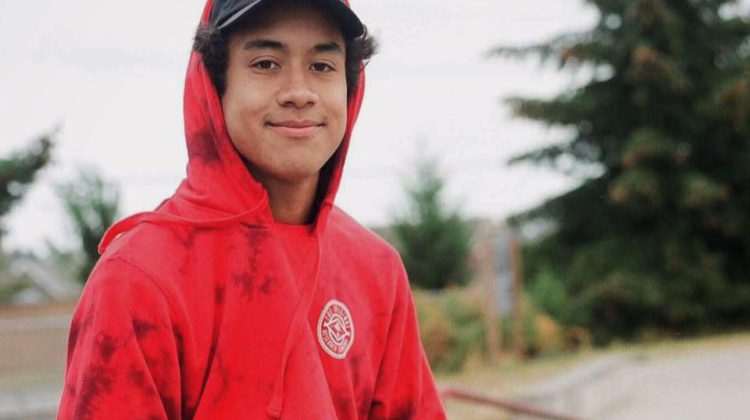 That kid from the Isfeld Skatepark is going to the Olympics.

Skateboard Canada announced its 2021 National Team and a Vancouver Island native has claimed his spot.

23-year-old Shay Sandiford from Courtenay is one of twelve to make the cut, joining the street skateboarding side of the team.

The Olympic Games are scheduled for this coming July in Tokyo, Japan, after being postponed from 2020 due to the ongoing pandemic.

It will be the first time skateboarding is featured as a sport, and along with Sandiford’s street division, there will also be a park division for competing skateboarders.

While Sandiford’s excited to join the team and take his skills to the next level, he says “it’s been in the works for a long time.”

“Unfortunately due to the Covid stuff, it’s been kind of delayed. It was supposed to happen in 2020. And actually, all the qualifying events have been delayed which is a little unfortunate. But we’re trying to make the most of the situation.”

He remembers spending a lot of his childhood with his dad at the Lewis Centre skatepark, The Big House indoor skatepark, and skateboarding around the Onethirtythree shop on 5th Street.

But it’s the competitions around the Valley that really caught Sandiford’s attention, and helped to improve his skill set.

“So we had these local competitions at the Isfeld Skatepark, which were kinda like a bigger Island contest at the time,” he says.

“People would come down from Victoria, just all over the Island pretty much. I was lucky enough to win a few of those, and that fueled the fire for me to compete within Canada. And then from there, it expanded to international as well.”

When he first got word that skateboarding was going to be an Olympic sport, Sandiford said he was “surprised.”

“It came up and I almost didn’t believe it at first because it was just the talks within the skate community,” he says. “And then it officially got announced.”

“I didn’t even really consider it an official sport, it was kind of like an activity that just expanded to something huge that I’m extremely grateful for.”

When it comes to sharing advice for other skateboarders looking to further pursue the sport, Sandiford’s offering a glimmer of hope.

“It almost seems unrealistic coming from the Valley, but we have such a good skatepark at Isfeld High School. It’s actually possible and things like that that seem unattainable, with hard work and dedication it’s all possible.”

As social media continues to grow and proves a vital tool, Sandiford adds that thanks to these social platforms, people are able to showcase their talents on a worldwide scale… “even if you’re just from a small town like Courtenay.”

Skateboard Canada adds, “Each individual earned their spot on this team by competing in the Olympic Qualifying Tour in 2019 – 2020 and were selected in accordance with Canada Skateboard’s National Team Selection Policy.”