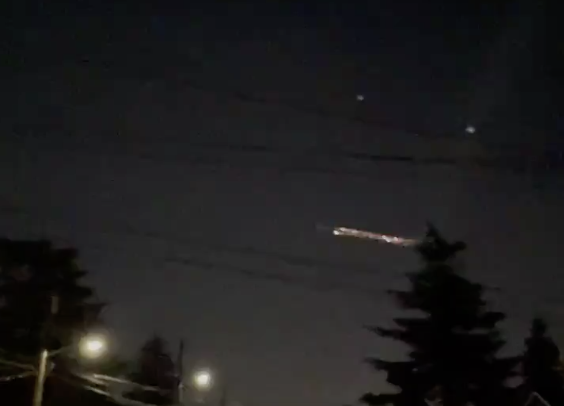 People on Southern Vancouver Island, Seattle, and as far south as Oregon were treated to a show at around 9 pm on Thursday evening as they watched lights streak from west to east across the sky.

The US National Weather Service in Seattle says it was not a meteor breaking into pieces, but a Falcon 9 rocket’s 2nd stage that did not successfully have a de-orbit burn falling to earth.

The NWS Seattle posted on on Twitter last night that the rocket booster was responsible for the light show.

It says manmade objects orbit the Earth at over 17-thousand miles per hour and if they re-enter the atmosphere at an angle that is too steep they will burn up.

People from Victoria and Seattle posted video of the re-entry on social media and speculated on what might have caused the streaks of light.

This is what I saw while walking my dog in #seattle https://t.co/Ux1GuOfQVx pic.twitter.com/GomCkl7XmN