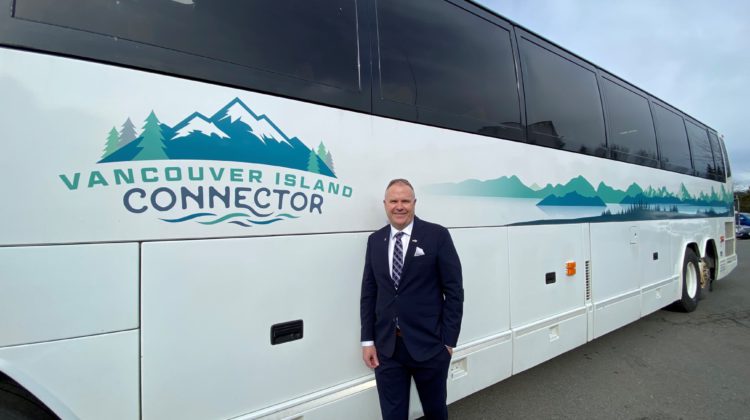 The Vancouver Island Connector and Tofino Bus is ready to welcome customers back starting this Thursday (Apr. 1st) with a reduced schedule.

It credits itself as the “only intercity bus service on Vancouver Island connecting 29 communities and 21 First Nations and First Nations Organizations across the island.”

Back in February, Wilson’s Group of Companies announced the VI Connector and Tofino Bus would not be resuming service. At the time, it said operations would remain “suspended until further notice.”

This decision wasn’t made lightly, the company said, with a 95 per cent decline in revenue playing a big factor. Because it’s a privately owned company without government subsidies, it said ticket sales were needed to keep business afloat.

However, weeks later when the provincial government announced a new grant to support intercity bus services and regional airports, things started looking up.

On March 9th, Transportation Minister Rob Fleming said bus services and airports could begin applying for a $27 million fund to keep them going until travel restrictions are eased.

Then on the 11th, Wilson’s Group CEO John Wilson shared that the company was looking at re-starting its intercity bus services “in the coming weeks.”

“We are hopeful that this funding will allow us to resume service by the first week of April with an official re-start date to be announced in the coming days,” he said.

The company then confirmed services would in fact resume this coming Thursday, April 1st.

Wilson adds: “Through our continued work and support from the Provincial Government, we are committed to offering daily departures. We will continue to monitor customer demand and feedback, as well as travel advisories and restrictions from our Provincial Health Authorities, in order to better serve our customers. We hope to be able to offer an increased service level in the coming months as we head into summer.”

More details about bus routes and schedules can be found here.