Situation in B.C. ‘quite different’ from Ontario: Dr. Bonnie Henry 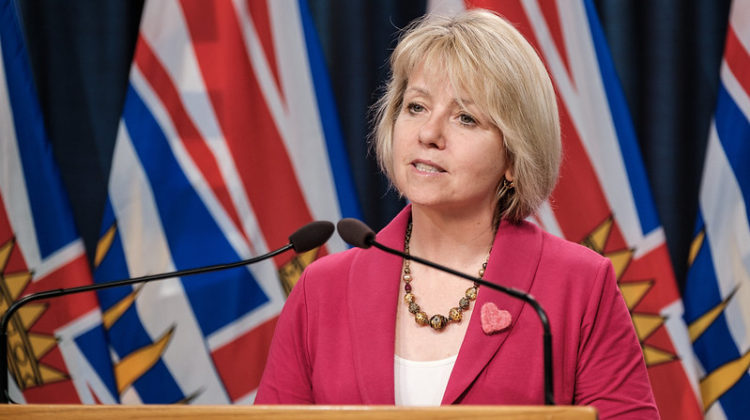 B.C.’s top doctor is stopping short of saying that the province will ever go into a full lockdown, like the one in Ontario.

“We need to manage our own pandemic here,” she said. “The situation that we have in B.C. is quite different, even from our neighbours to the east but particularly from Ontario. We’ve been monitoring what’s happening both with COVID but also with the effect that the public health measures are having on people in our communities, and our businesses and our schools.”

Dr. Henry added that the seven-day rolling case average is starting to level off but we’re not at a point where restrictions can be eased again.

She pointed out that the current circuit-breaker measures, including banning indoor activities like dining and group fitness, were necessary.

Big box stores remain open, however. Henry said that’s because the rates of transmission among customers are low.

“We’re not seeing transmissions when people are lining up and spaced out and those transactional interactions,” Dr. Henry said.

However, she notes that it’s becoming a different story among workers.

“We do see transmission when we have groups of workers from those stores who are having lunch together or car-pooling together or getting together during break times when they don’t have enough space between places for people to go for breaks or staggered breaks.”

She said the province and WorkSafe BC is working with the grocery stores and drug stores to ensure that they keep open safely.

Moving onto B.C.’s immunization schedule, Dr. Henry said clinics are ready for more vaccines and are “very close to the wire” in terms of when the vaccines are delivered to clinics and put into people’s arms.

She said the shortage of Pfizer vaccine in January and February really set B.C. behind.

“That is something we can’t change. It is what it is. So we are focused now on getting vaccines as efficiently as possible into people as quickly as possible, and the good thing is we’re seeing the benefits of those vaccines in protecting particularly older people that we started with.”

Dr. Henry said there have been ongoing frustrations with the delivery schedules of the Moderna vaccine in particular.