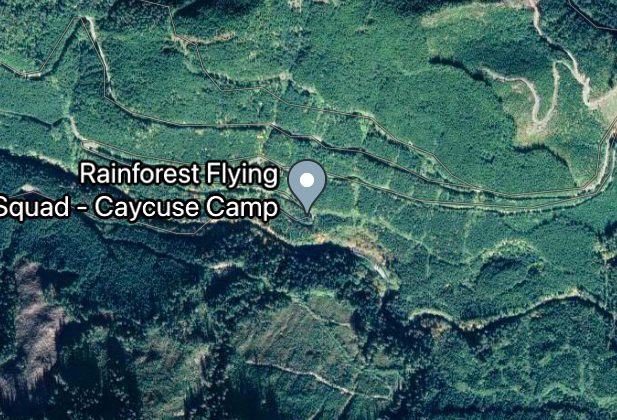 A dozen people have now been arrested at an old-growth logging protest camp set up in the Caycuse watershed southwest of Cowichan Lake.

The Rain Forest Flying Squad established camps on forestry roads beginning last summer in an effort to stop logging of an old-growth rain forest in the Fairy Creek watershed near Port Renfrew.

The action was later expanded to include the Caycuse watershed.

The RCMP says nine people were taken into custody for breaching the Fairy Creek watershed injunction granted to Teal Cedar by the BC Supreme Court in April, and three were arrested for obstruction.

The police added that two arrests were pending.

At least two of the old-growth logging protesters locked themselves to metal gates on a forestry access road.

The RCMP has created an area where access is controlled by police inside the zone covered by the court injunction and has a checkpoint on the McClure Forest Service Road.

Reporters covering the arrests are being escorted to the blockade site by the police. but are kept at a distance.

When the police operation began earlier this week, RCMP offered the campers along the McLure forestry road a chance to leave the area, relocate to a designated protest and observation area, or be arrested.

The activists, along with Green Party leader Sonia Furstenau, several municipal councils, and environmental groups, are calling on Premier Horgan to keep an election promise to implement all the recommendations of the old-growth review panel in its report released more than a year ago.