Family Waits for Answers One Year After Chantel Moore’s Death 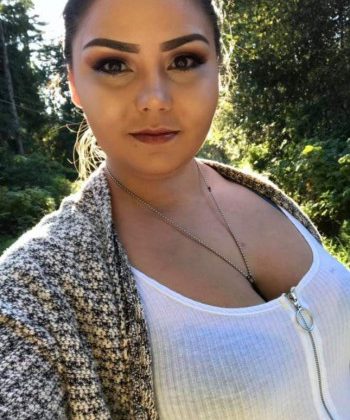 It’s been one year since Chantel Moore was shot and killed during a wellness check in New Brunswick and her family and members of her community are still awaiting full disclosure of the details surrounding her death.

The 26-year-old Tla-o-qui-aht woman from Tofino was fatally shot at her apartment in Edmunston on June 4, 2020.

The officer involved has stated that she had emerged from her residence carrying a knife and he fired his weapon after she ignored several demands to drop it.

Nuu-Chah-Nulth Tribal Council president Judith Sayers says they still have yet to see all the facts of the case.

Sayers says the family hasn’t seen the coroner’s report and is still waiting to hear if there will be charges laid in connection with Chantel’s death.

She wonders, “Why do these things take so long.”

Sayers says they have not seen movement on changes being sought, such as replacing the police with trauma-informed teams that would go in to do wellness checks.

“We haven’t seen any movement there. There are a few individual detachments that have done that.”

Sayers says Public Safety minister Bill Blair has told her there was no money in the budget.

She has heard, though, that body cams for police officers are apparently on their way.

However, Sayers says they have not seen a response to the other changes they are seeking, such as a national Indigenous-led police oversight body, national protocols for the investigation of the police, or re-evaluating de-escalation training.

Sayers says the “pattern continues and nothing is changing.”