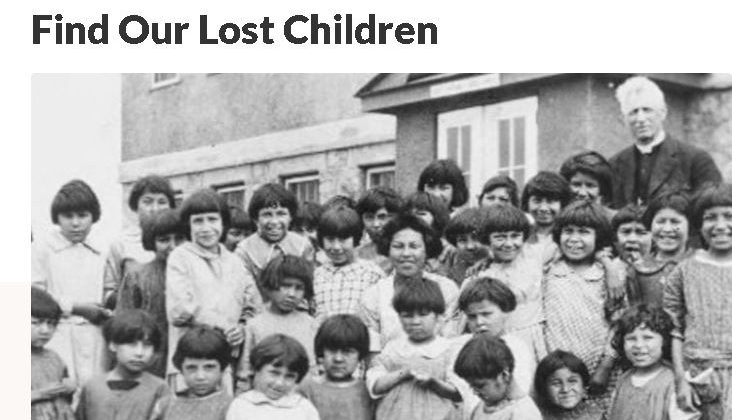 Community support is pouring in for First Nations communities on Vancouver Island, after the discovery of children in an unmarked grave at a former residential school in Kamloops.

As of Monday afternoon, the GoFundMe to raise money to search former residential school sites for unmarked graves had raised just over 133-thousand dollars – which is over five times the original goal of 25-thousand dollars.

The money will be used for ground-penetrating radar machines, the same technology that found children buried at a residential school site in Kamloops. The organizers say they have invested almost 25-hundred dollars of their own funds into the cause.

In an update on the page, one of three organizers Steve Sxwithul’txw says, “As the organizers, we will not retain a penny of these funds. Our traditional teachings have taught us to give and provide support where needed, with no expectations in return. We will stand by this.”

He says they’ve developed a contact list of people and professionals who are willing to help with the process which will be shared with First Nation Communities.

“We have reached out to First Nations on Vancouver Island and are awaiting a response. Once we hear back, we will determine next steps for other Nations in BC and across the country,”  Sxwithul’txw says. “Our goal is to provide these machines, free of any commitments to us. We believe these efforts need to be community-led and specific to the protocols and unique needs of each First Nation, which will vary across the country.”

While many have been supportive, in an update posted Saturday, Sxwithul’txw says that a nearly identical, fraudulent GoFundMe page was started with the only noticeable difference being the page was organized by an unknown, Chris Hillard.

No reason for the fake page has been reported, but the page was taken down Saturday, after Sxwithul’txw emailed GoFundMe officials.

Sxwithul’txw, from Duncan, attended a Residential school, on what is now Penelakut Island, in his youth. He attended with his older sisters, who were forbidden under punitive measures from seeing one another.

He says they can’t thank everyone enough for their support and he thanks everyone for their patience as he and fellow organizers cope with how large of a project this became.

More on Steve’s story can be found here.