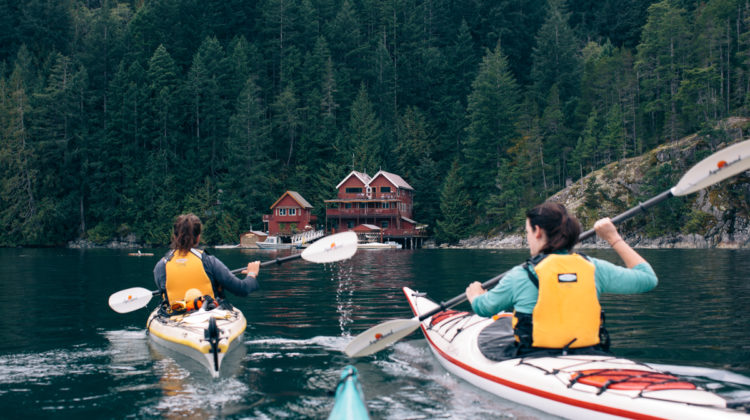 Lifting B.C.’s non-essential travel restrictions is a great first step, but there’s a long road ahead.

But with only 14 percent of tourism businesses on the island operating as usual, Everett is bracing for a long recovery.

“I think we as an industry have been working so hard on health and safety, we pitched in during the circuit breaker to curtail travel from our side, so this is a move in the right direction,” Everett said.

“While we’re excited we also want to recognize that it will be largely a struggle for our businesses moving into the summer and into next year. More than anything, we just want people to be aware that we are grateful that people will be travelling in B.C. and that they’ll be staying and experiencing things on Vancouver Island, but we also ask that people travel with some patience and be kind.”

He said businesses are not at the staffing levels that they were at, pre-pandemic and everybody needs to recognize that as they book inter-provincial trips.

Everett’s hope is that at some point in July, Canadians from outside B.C. will be allowed to travel to the island for non-essential reasons.

He said that while lifting the ban on non-essential travel within B.C. is key, it will by no means make up for Canada/U.S. borders reopening and Canadians travelling to Vancouver Island.

“British Columbians travelling here is critical to the success of the industry, but in the summer, there is lots of choice, people move about the province and it will not fill all the rooms and all the experiences, and certainly a lot of our experiences are geared towards international visitors.”

Everett says we haven’t seen a lot of closures yet because last year, a lot of businesses didn’t open and he believes that some businesses will face a lot of tough decisions later in the year.

“A lot of places will be busy,” he predicted. “A lot of them will struggle with staff and other issues, but a lot of these businesses have been accumulating quite a bit of debt, in order to last this long, and they’ll be making some tough decisions. We know a lot of them are on the edge, even though things will restart, they are grateful for that.”

He says this is the step, but we need to move onto step three and four, and ultimately, have the borders reopen.

“I think the hardest thing that we’re all facing right now is that we really don’t have a timeline associated with international travel again and other Canadians travelling and until we have that, it’s going to be tough for businesses.”