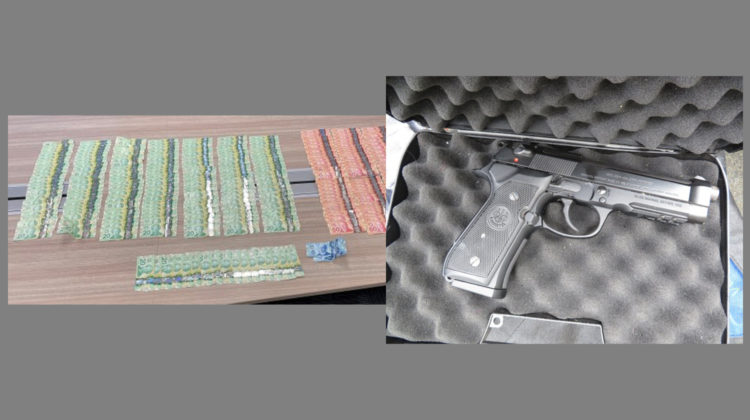 A Saanich man faces several drug and weapons charges after ramming a police cruiser in a parking lot in Duncan as officers attempted to stop the vehicle he was driving for carrying the wrong licence plate.

The events unfolded on June 14 when the West Shore RCMP Drug and Organized Crime Unit noticed a vehicle with the wrong licence plate heading north on the Malahat section of Highway-1 and followed it to Duncan.

After the vehicle entered an empty parking lot in Duncan, the officers attempted to stop it, but the driver rammed a police vehicle and sped away.

The vehicle was stopped by an officer from the Shawnigan Lake RCMP, who took two people into custody.

Police found what they call a “significant drug trafficking operation,” and seized suspected fentanyl, methamphetamine, cocaine, and GHB, as well as $15,000 in cash and a handgun.

Superintendent Todd Preston of the West Shore RCMP says they have disrupted a substantial drug trafficking operation and removed multiple weapons from the community.

Police have also recommended charges against the passenger for Possession of a Scheduled Substance.

The driver and the 38-year-old woman with him live in Saanich and are known to police.