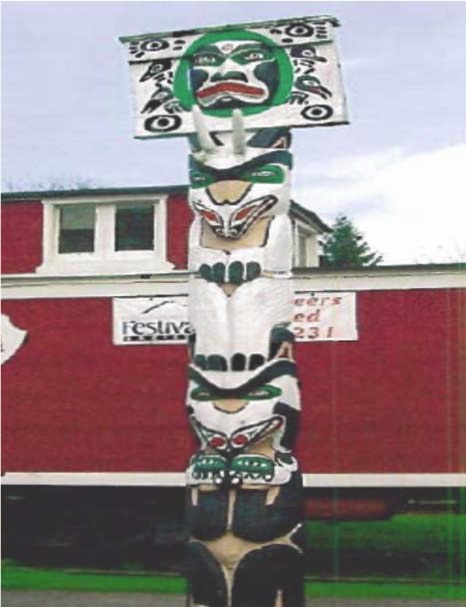 Two of Duncan’s iconic totems are getting new homes, to protect them from further damage by the elements.

The Mortuary Pole (shown above) is going into city hall while the Protest Pole (below, during restoration) will be placed in the Cowichan Valley Museum.

Mayor Phil Kent says they have to be moved indoors, because of their age and delicate condition.

Museum Manager Kathryn Gagnon says the Protest Pole is going be a great addition to the museum.

Both totems, which were carved by Simon Charlie in the ’50s, have recently been refurbished, a date for them to be placed at their new locations hasn’t been announced.