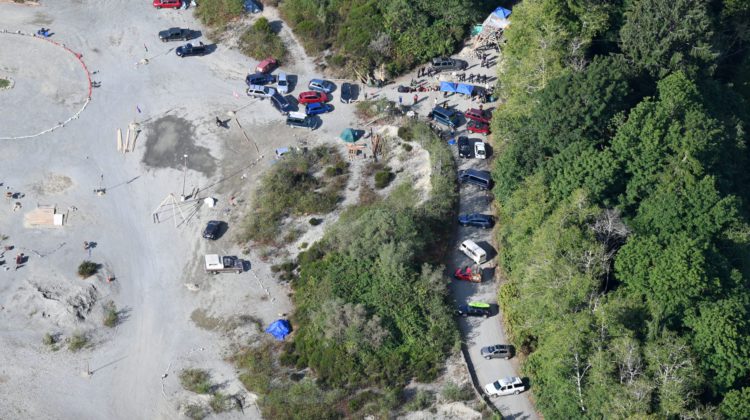 The Fairy Creek Blockade says RCMP raided three of their encampments. They listed the targeted camps as Heli Camp, HQ, and River camp.

Rainforest Flying Squad member Bobby Arbess posed the question, “How many people will John Horgan have arrested before he delivers on his election promise to protect old-growth forests?”

Over the course of the day, 33 people were arrested, bringing the total up to 556 arrests made, with more expected in the coming days.

RCMP didn’t make any arrests over the weekend, but say Monday’s blitz was in part due to the amount of vehicles parked and obstructing roads within the injunction area.

RCMP say their priority is, “to provide members of the Pacheedaht elected and hereditary leadership access to their territory, which they have not been able to in the year since protesters have set up their encampments in these areas.”

Gold Commander of the Community-Industry Response Group, John Brewer says the vehicles would create serious difficulties for local fire departments to access roads in the case of a forest fire.

“I’m also, once again, relaying my tremendous concern about the deep trenches that have been dug up in the middle of the roads to purposefully obstruct their use by loggers and police who are trying to enforce the injunction,” says Brewer. “The damage created to these roads will undoubtedly hinder emergency crews from providing necessary assistance to protesters and general public in the area.”

Brewer says he’s also concerned about the deep trenches that have been dug up in the middle of roads to purposefully obstruct their use by loggers and police.