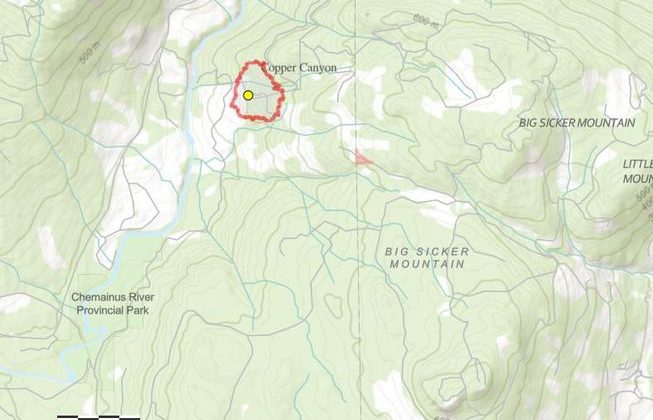 The Copper Canyon wildfire on the north slope of Mt Prevost is now considered under control and the state of local emergency and the evacuation alert have been lifted.

The BC Wildfire Service says firefighters have been able to ensure that it will not spread.

On Monday, it recommended the CVRD end the evacuation alert and state of local emergency.

The fire was reported on August 5, and quickly spread to cover 32 hectares before being contained and brought under control.

An evacuation order had been issued on August 6 for a single property on Mount Prevost Road, but the order was later downgraded to an evacuation alert.

Cowichan Valley Regional District Chair Aaron Stone says the fire is a reminder of the “severity of our current drought on east Vancouver Island and the ease with which we could face a devastating situation similar to what’s happening in other parts of BC,” and is thanking North Cowichan and Halalt First Nation for their partnership in the emergency response.

The BC Wildfire Service says the Copper Canyon wildfire will be considered active until it’s fully extinguished.