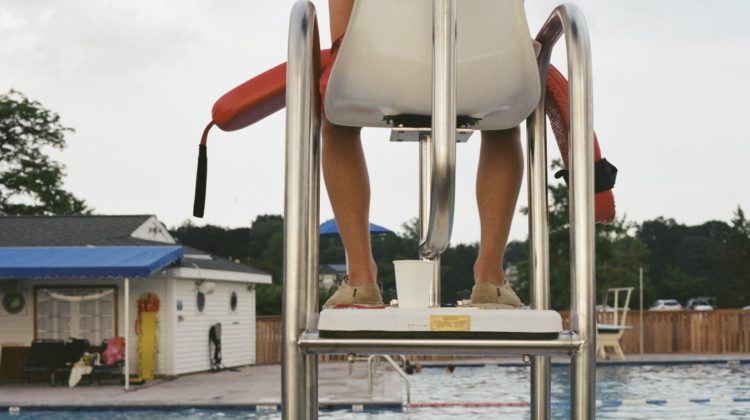 A Vancouver Islander is raving about local lifeguards after they pulled her son from the depths of a public pool deep end and saved his life.

What started as an ordinary August afternoon for Comox Valley’s Carolyn Huber and her kids quickly took a turn for the worse.

“Both my kids are fairly strong swimmers, so I didn’t really have too many concerns dropping them off,” she said.

But concerns quickly arose for the local mom. About 10 minutes after dropping her kids off, Huber says she got a call from one of the pool’s lifeguards. They asked her to return right away because Caleb was on oxygen.

“I couldn’t even tell you her name because I was in complete shock when I got the phone call,” she told My Comox Valley Now. “I was instantly sick to my stomach.”

“I just drove right to the pool and parked and ran in. They took me right to him. He was still laying at the poolside, they had him on a foamy mat at the poolside. They had the oxygen already hooked up to him, he wasn’t moving, he was barely conscious. He was able to make very minimal moments with his eyes and he was mumbling.”

Luckily, Caleb was breathing, Huber noted. When she got there, paramedics were already on their way as pool staff had put in a call for an ambulance.

“The lifeguards were amazing,” she exclaimed. “They were asking me how I was doing. They were checking his pulse every couple of minutes and checking his fingertips for colour. There were three of them on him with oxygen. They were absolutely amazing.”

Through the shock of it all, Huber’s motherly instincts kicked in. She sat with her son, rubbing his back, letting him know that help was on the way.

“When the paramedics arrived, they came in and they were assessing him,” she said. “His pulse was pretty high, so they were concerned about getting him to the hospital immediately, which also got my anxiety up a bit.”

According to Huber, paramedics told her they’d be turning the sirens on to ensure Caleb arrived at Comox Valley Hospital as quickly as possible. “I didn’t really know what they meant, I didn’t really know how serious it was. I mean, it looked serious,” she explained.

When speaking with the My Comox Valley Now newsroom, Huber said Caleb was in the hospital, expected to make a full recovery. And to her, that’s all thanks to the quick actions of Lewis Park lifeguards.

“Not only were they amazing and hands-on with my son and caring and compassionate, but they were also extremely supportive to me. They were very reassuring. I honestly can’t thank them enough for everything they did for my son,” Huber added. “I’m terrified to think what the outcome would have been if they weren’t at the ball.”