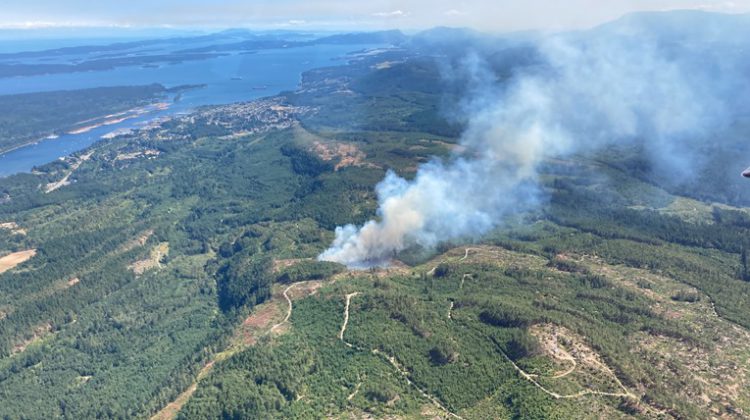 Photograph courtesy of BC Wildfire Service

However, the BC Wildfire Service says at this time it’s not moving in the direction of any buildings.

A FortisBC facility to the west of the fire is not threatened at the moment.

There are about 30 firefighters working on the fire, supported by heavy machinery, helicopters, and aircraft.

Last night, the CVRD declared a State of Local Emergency that applies to CVRD Electoral Area ‘H’ and a small northern portion of Area ‘G’.

The regional district also issued an Evacuation Order for a single property, which is owned by FortisBC.

The fire began early Thursday afternoon and the cause is not known.