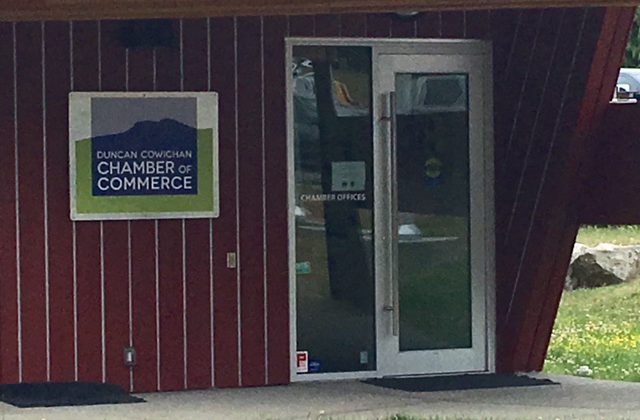 Small Business Week is back in BC.

Duncan Chamber of Commerce’s President Julie Scurr says that this is a week they have marked on their calendars.

“We look forward to this week every year because this is an opportunity for us to sing from the rooftops that we love small business,” Scurr says.

She adds that those businesses are at the core of every community in the province. Citing that 75-percent of Duncan Chamber of Commerce members are small businesses.

The chamber will be celebrating this week with a plethora of activities. They’ll be running a social media campaign designed to allow people to tag their three favourite local businesses in the Cowichan Valley.

They’ll also be holding their first – in a while – speaker series luncheon on the 21st with the Nanaimo Airport’s President and CEO, Dave Devana.

Right now, small businesses are facing many challenges of hiring and retaining staff, and overall uncertainty about the marketplace. In support of those challenges the Chamber will be sharing webinars with Small Business BC to help equip them with resources moving forward. Other topics will include social media, mental health tools, lead generation, taxes, and many more.

The pandemic has done a number on many small businesses, and many have only stayed afloat from the supports put in place from the federal and provincial governments. Scurr says that the Chamber of Commerce is lobbying for businesses that still need those supports to have access to them. But, in a worst case scenario should those supports be removed, those businesses will only survive through the support of the people. She says now is the time to support the businesses that have supported the community for so long.