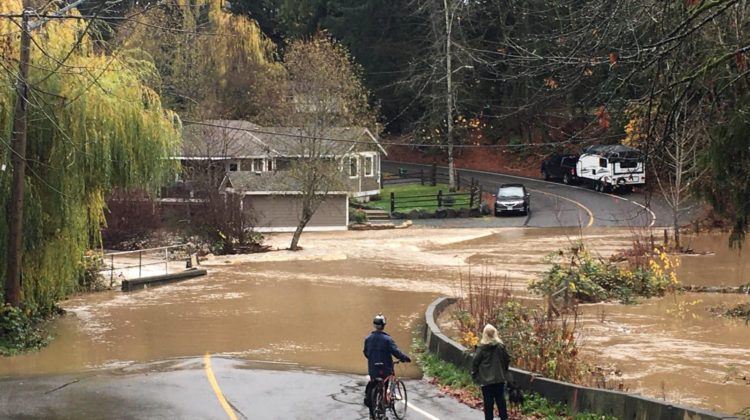 Cowichan Tribes has issued an evacuation alert for low-lying areas in the Cowichan Bay and Estuary area.

People in that area have been told to leave their homes, and Cowichan Tribes staff will be accompanying RCMP and Cowichan Search and Rescue to help in the evacuation.

An evacuation reception centre has been set up at Cowichan Community Centre.

A reception centre for the evacuated residents of the building and any other affected residents in the region has been established at the Cowichan Community Centre.

The CVRD warns residents in low-lying areas, particularly those prone to flooding, should be prepared to evacuate at any time.

Many smaller roads across the region have been affected and may be closed. At this time residents are urged to restrict travel if at all possible at this time.

She says the Cowichan Valley has seen from 130 to 150 millimetres of rainfall.

The rain will end as the atmospheric river moves east, but Erven warns that strong winds may follow in the wake of the storm.