RCMP Looking for Vehicle in Missing Father and Daughter Investigation 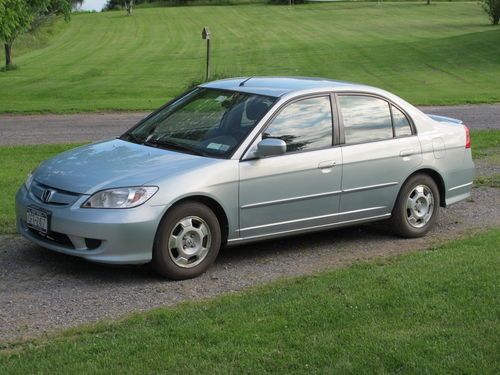 RCMP are looking for a vehicle in association with a missing father and daughter.

Jesse Bennet and his daughter Violet were reported missing on Monday, which was shortly after a court ordered Bennet to return his daughter to his mother’s care.

The vehicle is a grey 2005 Honda Civic. The four-door sedan has distinctive Christianity-focused stickers on the back. License plate number HL111E.

Police are clear to say they have no reason to believe that Violet is in danger.

“We have no reason to believe that Violet is in danger but she is supposed to be with her mother and that is the primary goal at this time, to locate Violet and return her to her mother, as the court has ordered,” reads the RCMP release. “Police believe that Jesse is evading contact in order to keep Violet with him.”

They also say that the public has already been a big help in the investigation thusfar.

“We have received a large number of possible sightings across Vancouver Island, the Lower Mainland and even into the Southeastern part of the province,” says Sgt. Trevor Busch of the North Cowichan/Duncan RCMP. “Certainly, this is largely thanks to those who have shared Jesse and Violet’s photos, through both mainstream and social media.”

Anyone with information is asked to contact North Cowichan/Duncan RCMP on their non-emergency line.

You can find more information from the original release here.