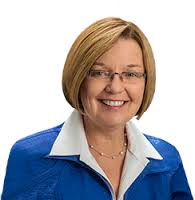 The Tourism Minister may have headed off an effort by North Cowichan Councillors to reverse controversial changes to visitor centre funding.

North Cowichan has a resolution coming to the Union of BC Municipalities AGM in Vancouver, but on Tuesday, Shirley Bond used the meeting as a backdrop to announce a new Destination BC funding strategy for visitor centres in small and rural communities

The North Cowichan resolution at UBCM calls for a return to “performance based” funding – where visitor centres get money based on the number of people who come through their doors.