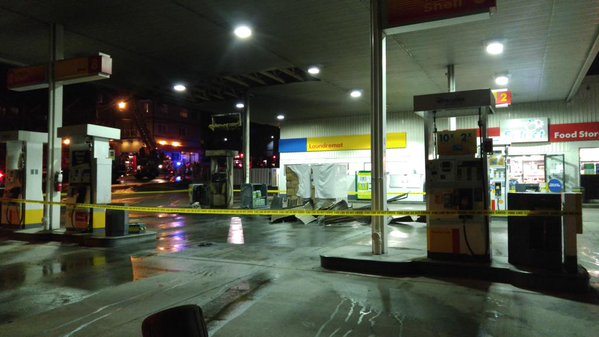 A potentially disastrous situation was avoided on Saturday night in Ladysmith thanks to the efforts of local firefighters.

Crews from the Ladysmith and North Oyster fire departments were called out to deal with a van engulfed in flames at the Shell gas station on the Trans-Canada Highway.

Officials say firefighters were able to put out the blaze, which was just feet away from gas pumps.

According to reports…the van caught fire while two people were inside, however, they were able to get out before it got worse after being warned by onlookers.

The cause of the fire has yet to be determined.