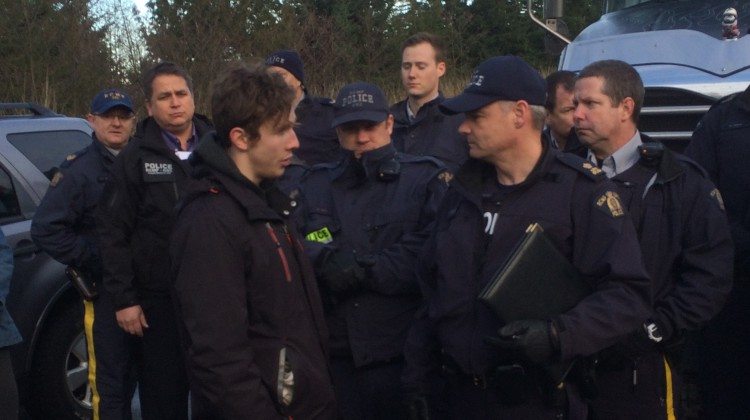 A few hundred people demonstrated on Tuesday morning on Stebbings Road in Shawnigan Lake against a contaminated soil dump in the area.

March organizer and local Steve Housser says it was the first big protest under a new injunction, which led to several arrests and a strong police presence with about 50 officers.

He says residents are determined to fight against allowing trucks to enter the South Island Aggregates facility.

Elsewhere, a blockade was set up in Duke Point in Nanaimo on Monday to stop shipments of toxic soil destined for the SIA site.