Police looking for suspect after woman robbed at gunpoint in Nanaimo 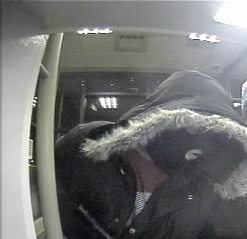 Nanaimo RCMP are looking for a suspect after a woman was robbed at gunpoint on Wednesday night.

Police say the woman was making an ATM withdrawal around 9:30 from TD Canada Trust in the parking lot of the Port Place Mall when a man, wearing a ski mask and holding a black handgun approached her.

He demanded cash, and with the victim’s money in hand ran off through the parking lot.

The canine unit was called in and tracked the suspect to an area near Cameron Island off Front Street but that’s where the trail ended.

The suspect is described as being white, about five foot seven inches tall and overweight.