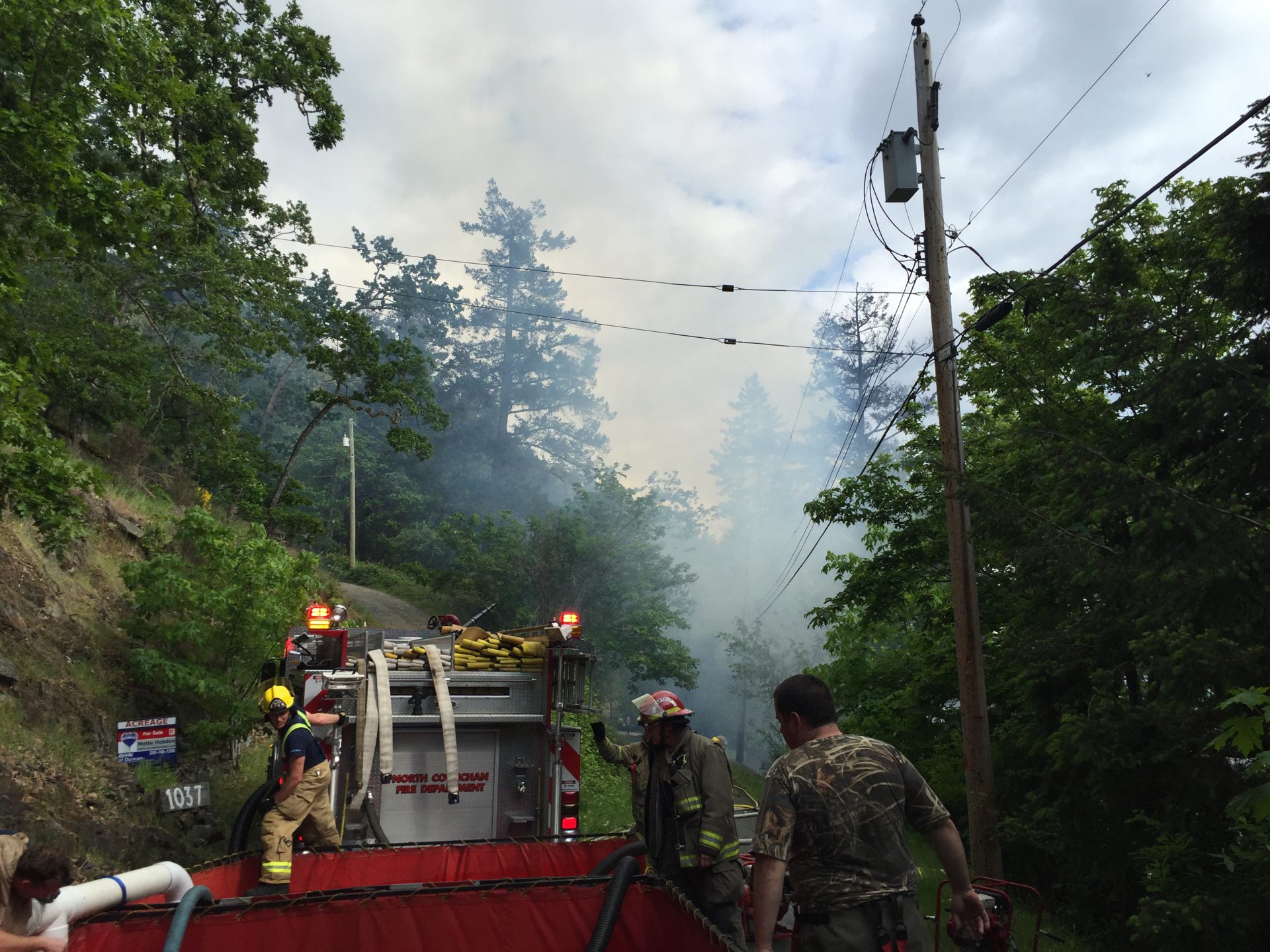 Local fire crews responded to three structure fires on Khenipsen Road, Duncan this afternoon. Twelve fire trucks were on scene responding to the blaze that spread from one home to two others.

According to Captain Craig Douglas with North Cowichan South End Fire Hall, the house where the blaze originated was burned to the ground by the time fire crews responded. Crews are focusing on controlling that blaze and saving the two other structures that were affected.

Thankfully, there are no injuries as a result of the blaze. The home where the fire originated was empty, and residents from the second home were able to get out safely.

A neighbor mentioned one of the houses was home to many one-of-a-kind artifacts, and the community is mourning the loss that their neighbours are facing.

Fire crews from Duncan, North Cowichan, North Cowichan South End, and Cowichan Bay responded to the call. They ask the public to avoid the area if possible, and remember to pull aside for emergency vehicles and allow them to pass.

The cause of the fire is still under investigation.