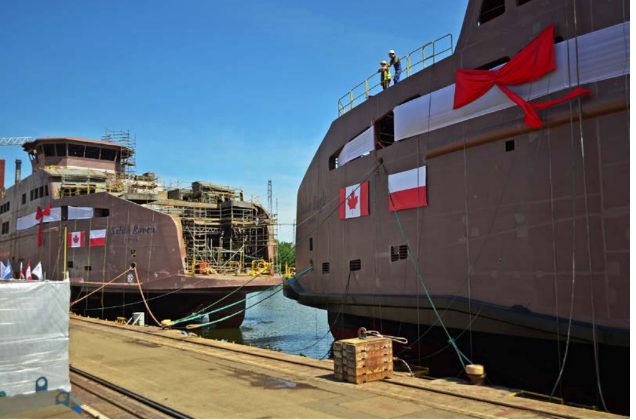 BC Ferries has held the official naming ceremony for the second and third Salish Class vessels at Remontowa Shipbuilding S.A. in Gdansk, Poland.
The Salish Eagle and Salish Raven were christened according to maritime tradition with the customary breaking of a champagne bottle on each hull.

Three Salish-class vessels are currently being constructed, including the Salish Orca, which will take over on the Comox – Powell River route.

V-P of Engineering Services, Mark Wilson says the vessels are being constructed as part of the corporation’s fleet renewal program…

The Salish Orca is expected to be in B-C by the end of the year and will be on the Comox – Powell River run in 2017.