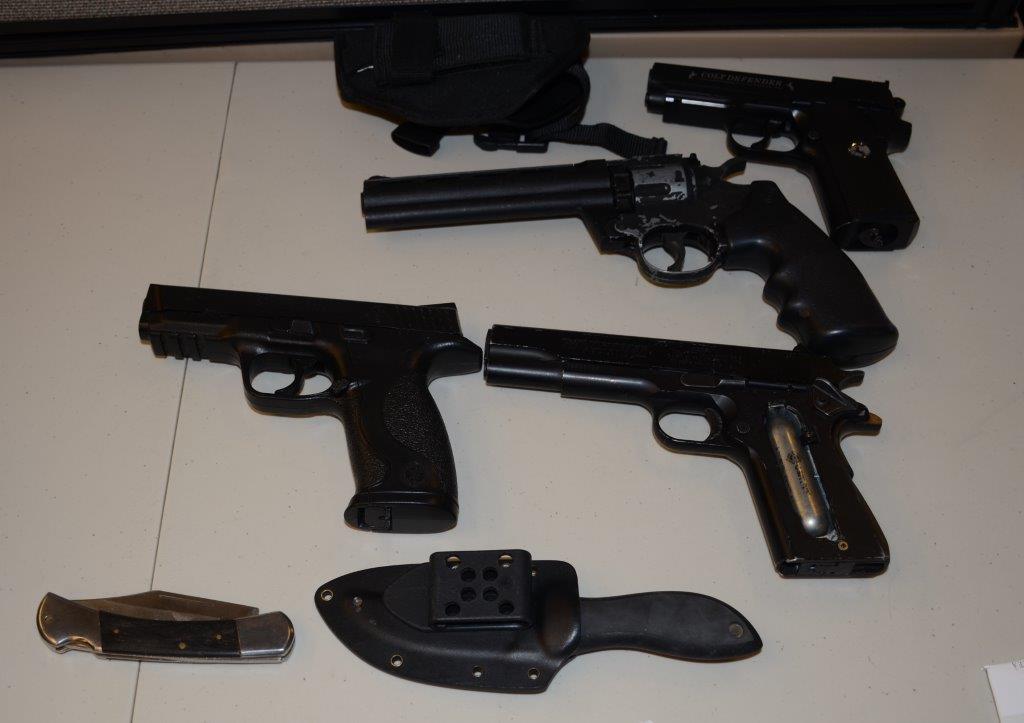 - Advertisement -
A number of individuals have been arrested and are in police custody following two separate incidents where guns and drugs were seized from Nanaimo homes.

Back on Monday June 20th, RCMP, following up on a report of a man seen with a rifle, near a home in the 500 block of Dundas Street, a search warrant was exercised.

And then last Thursday, police exercised a search warrant in a home in the 400 block of Nicol Street.
In both incidences a number of drugs and guns were seized and 4 suspects are facing a variety of charges.
RCMP Corporal Jon Stuart says around 8 firearms, mostly rifles, were seized from the two homes….
There were also relatively small quantities of drugs in both homes, including cocaine, heroin and the date rape drug….
Both homes were well known to police who had been called to them dozens of times for incidents ranging from drugs, assaults, prostitution, theft and various other occurrences over the past year.
- Advertisement -
Facebook
Twitter
ReddIt
WhatsApp
Email
- Advertisment -
- Advertisment -
- Advertisment -