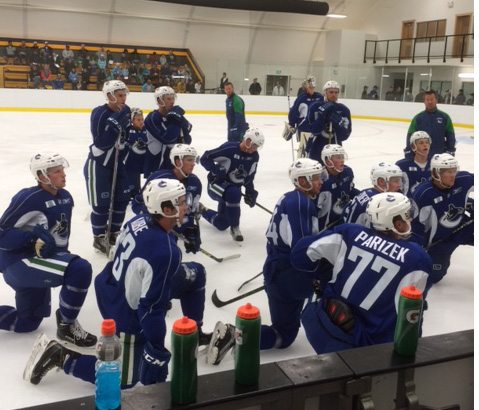 33 Vancouver Canucks prospects have wrapped up their development camp at Shawnigan Lake School.
Stan Smyl, the Director of Player Development for the Club says the boys were pretty nervous coming into the camp…..
Forward Brett McKenzie, of the OHL says the fan support on the Island is fantastic…. Defenceman Troy Stecher says he also enjoyed being out in the community…..
Smyl says it’s good for the boys to see the support from the community.