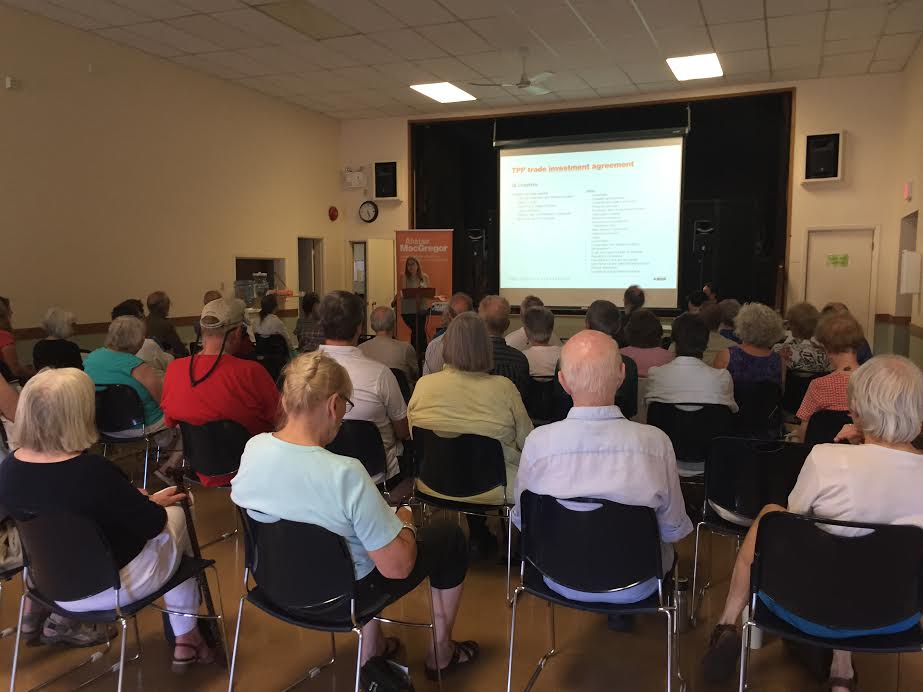 - Advertisement -
About 50 Cowichan Valley residents turned out to a town hall meeting hosted by the Cowichan Malahat Langford MP, concerning the Trans Pacific Partnership.
Alistair McGregor was joined by the NDP Critic for International Trade Tracey Ramsey who spoke in opposition to the trade agreement. She says the response from the community was really positive.
The NDP is strongly against signing the agreement, saying over 60 thousand Canadian Jobs will be lost, and Canadian food regulations will be weakened, among other things.
McGregor says the purpose of the meeting was to inform constituents about the dangers of entering this trade agreement.
McGregor added the meeting was to help community members break down the TPP, which is 30 chapters long, and over 6 thousand pages.
- Advertisement -
Facebook
Twitter
ReddIt
WhatsApp
Email
- Advertisment -
- Advertisment -
- Advertisment -