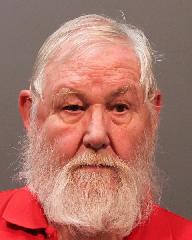 Victoria Police Department Special Victims Unit investigators are searching for additional victims after arresting a 70-year-old Victoria man.
Harry Charles Sadd has been arrested in connection to a series of sexual assaults that took place in the late 1970s and continued for several years after the victim, now an adult, came forward.

SVU Sargeant Kristi Ross says investigators believe there are other victims in the Greater Victoria area who have not yet come forward….

Sadd, was a former youth badminton coach, and had previous convictions for sexual assaults involving young boys and teens.

Investigators say he also worked as a teacher in Alberta and may have worked in a similar capacity in other provinces.
This picture is Sadd in 1992 when the incidents are reported to have happened: