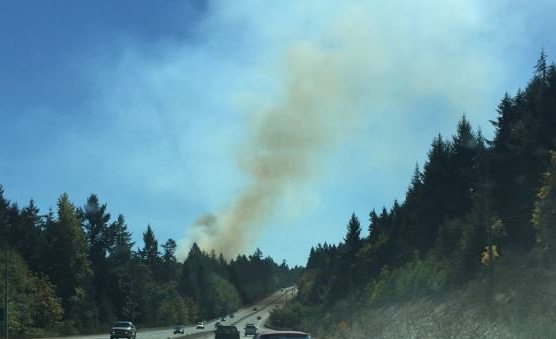 Fire Information Officer Marg Drysdale of the Coastal Fire Centre says the fire was estimated to be at 2.5 hectares in size…

Drysdale says the fire did not affect any homes as it was discovered in a fairly remote location.

She says an air tanker was deployed to assist with putting out the blaze.

The cause of the fire has not yet been determined.

In the meantime, that fire on the Malahat is now 100 per cent contained and investigators are still working on the cause of the fire.

Because there was no lightening in the area however, it is likely the fire was human caused.