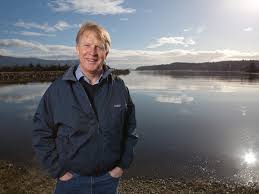 The local provincial race is firming up, as more names are coming forward before next year’s vote.
The BC Liberals acclaimed Steve Housser as the party’s 2017 candidate, and he is wasting no time making his rounds in the Cowichan Valley. The Shawnigan Lake resident will be on the ballot for the second time.
Housser finished close on the heels of NDP’s Bill Routley in the last election with over 87-hundred votes, compared to Routley’s 99-hundred.
CVRD Area Director for Shawnigan Lake Sonia Furstenau recently announced her intentions for the BC Green Party, while a nomination race is forming for the BC NDP in the Valley.