Khowemun School In The Running For Aviva Community Fund 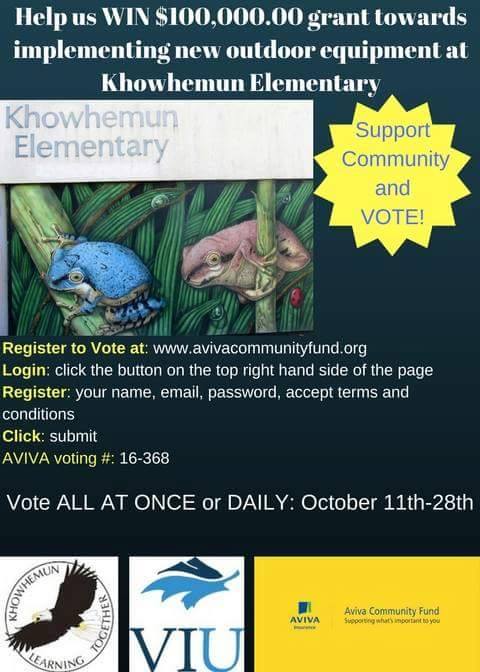 - Advertisement -
Khowemun Elementary in Duncan could be on the receiving end of up to 100 thousand dollars from the Aviva Community Fund.
The VIU Nursing Program has entered the nationwide competition on behalf of the school. Nursing students have spent five years going to the school as part of their community health practice.
Professor Anita Carroll is asking everyone to vote for the school – as the first part of the contest is based completely on the number of online votes. They have big plans if they manage to win.
Khowhemun Elementary was identified as 1 of 3 schools in the Duncan area with the highest population of “vulnerable” students.
Voting ends on October 28th, and this year, you can vote up to 18 times all at once. Sign up and vote at avivacommunityfund.org.
- Advertisement -
Facebook
Twitter
ReddIt
WhatsApp
Email
- Advertisment -
- Advertisment -
- Advertisment -