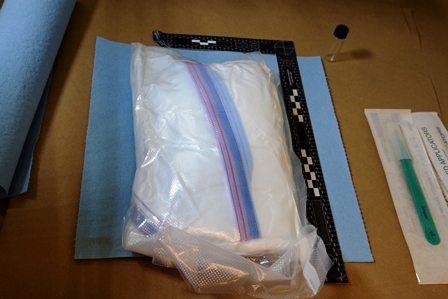 - Advertisement -
RCMP are just now releasing information about, what they are calling, the seizure of “a significant amount of fentanyl”.
Around 5 o’clock Monday, October 10th, Nanaimo RCMP pulled over a suspicious vehicle that was travelling southbound just south of Nanaimo near the Airport.
The driver, a resident of Vancouver Island, was arrested and during a search of the vehicle police located a sum of money
and one kilogram of a powdered substance that has now been analyzed to be fentanyl.

This seizure is one of the largest for the RCMP in B.C. over the past few years.

Corporal Tammy Douglas, with the Vancouver Island District, says police are trying to determine the ultimate destination for the drug and are looking for anyone else responsible.

The individual arrested, a man, was released pending charges.