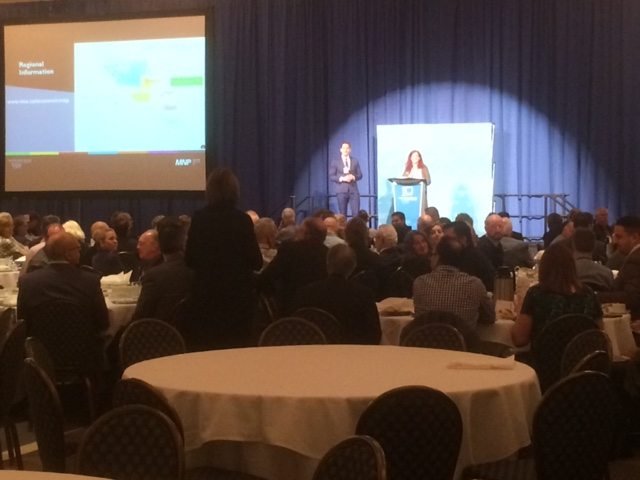 - Advertisement -
Forestry, tourism and aquaculture are expected to continue to see growth on Vancouver Island through the rest of 2016 and into 2017.
However, according to MNP’s Susan Mowbray the lack of a softwood lumber agreement is a red flag……
Mowbray says she’s expecting population growth north of the capital region to be the highest in Strathcona followed by Nanaimo, the Cowichan Valley and the Comox Valley.
She says the economies of the various regions on the Island will be strongest where there is the most diversification.
Mowbray’s comments came from MNP’s State of the Island Economic Report released at the Vancouver Economic Development Alliance Summit taking place in Nanaimo.
===========
In the meantime, The Alliance is getting set to launch a study which could see the expansion of some wood processing industries on the Island.
Alliance President, George Hanson says Hemlock and Balsam, which grows on the Coastal areas of BC, make up the bulk of the wood fibre harvested on Vancouver Island…..
Hanson says those wood products can be turned into Glulam, pressure treated wood and wood fibre insulation and demand for those products is growing.
The 60,000 dollar study aims to look at the current value added forestry industry on the Island and their willingness to expand if market research identifies the opportunties.
Hanson says the Alliance has the support of communities from the Cowichan Valley all the way up through to Port Hardy for the project.
- Advertisement -
Facebook
Twitter
ReddIt
WhatsApp
Email
- Advertisment -
- Advertisment -
- Advertisment -