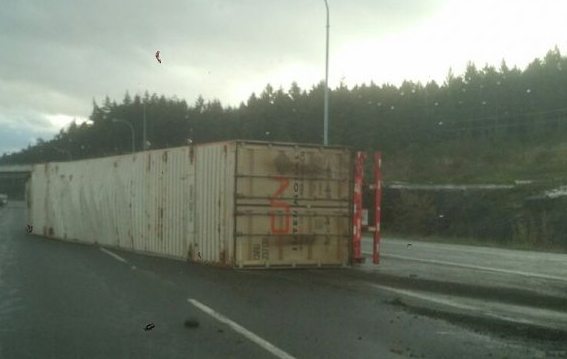 A semi flipped over at the overpass heading from the Departure Bay Ferry terminal this morning (Tues).
Constable Gary O’Brien says the RCMP attended…
On another front, O’Brien says police and BC Ferries worked together yesterday (Mon) to take into custody a pair of suspects who were coming off the Departure Bay ferry….
The two men, aged 25 and 40 were taken into custody without incident.
Their truck was seized along with some drugs, but no weapons were found.
Facebook
Twitter
ReddIt
WhatsApp
Email
- Advertisment -
- Advertisment -
- Advertisement -