BC Premier in number 3 spot 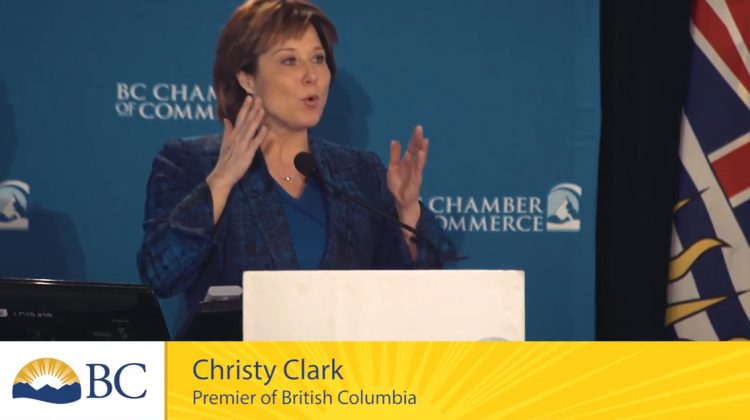 Clark maintains the approval of just over one-in-three people in BC, statistically unchanged since September.

In the meantime, Clark attended a BC Chamber luncheon and told the business leaders gathered there that her government is working to reduce red tape and trying to reduce the tax burden….
Clark told business leaders that every single penny the government uses to make sure a child finds a permanent home comes from a business and that’s why business growth is important.