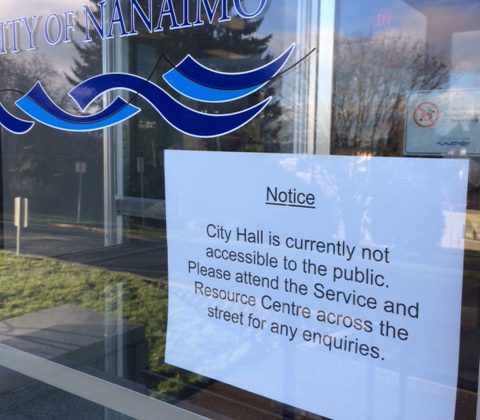 Volunteers at the unsanctioned overdose prevention site in the City Hall parking lot say they’ll continue to operate the facility until VIHA gets a site going in Nanaimo.
In the meantime, it appears it’s business as usual in the Service and Resource Centre across from City Hall, but the main building remains closed to the public.
That’s after the overdose prevention site popped up in the parking lot and the union, representing city staff, expressed concerns surrounding safety.
There are security guards on hand to accompany city staff, or the public, who don’t feel safe walking to the SARC building.
The City’s Chief Administrative Officer, Tracy Samra attempted to call a special meeting of council yesterday (Thurs), but only three councillors turned up and without a quorum nothing could be done….
Samra says the situation is being monitored hour by hour and VIHA has been notified about the unsanctioned site.