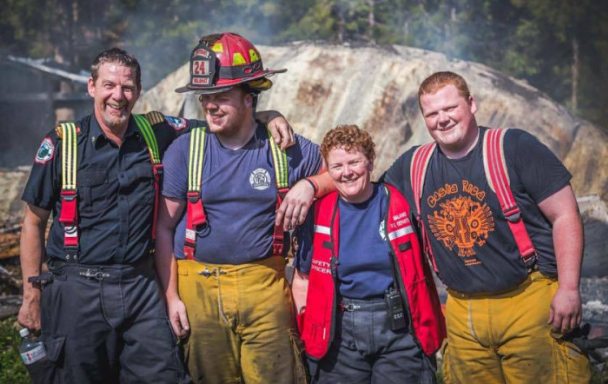 - Advertisement -
Cowichan Valley Volunteer Fire Rescue Departments are working together to provide continuation of essential services to their communities while the Malahat department deals with the loss of their chief.
Rob Patterson passed away suddenly on Monday.
He leaves behind his wife and two sons.
We caught up to Conrad Cowan, Manager of Public Safety with the CVRD at the Malahat Fire Hall and he says the death came to everyone as a shock….
In his capacity as Fire Chief, Patterson was often first on the scene of a crash on the Malahat.
He was frustrated after witnessing the carnage and was an advocate for more safety measures on the Malahat, including median barriers.
There’s no official word on how Patterson died but there have been reports it was a massive heart attack.
- Advertisement -
Facebook
Twitter
ReddIt
WhatsApp
Email
- Advertisment -
- Advertisment -
- Advertisment -