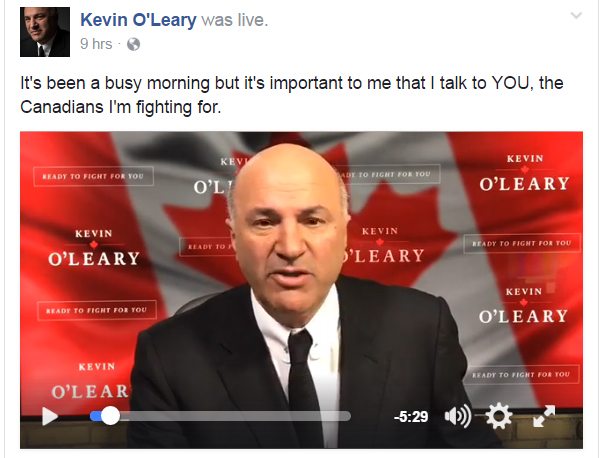 - Advertisement -
There are a few parallels being drawn between U.S. president elect Donald Trump and Canada’s Kevin O’Leary.
O’Leary announced his intention to run for the Conservative Leadership on Facebook Wednesday.
Professor Allan Warnke from Vancouver Island University Nanaimo says not only do both like to communicate with people through social media, but both are very recognizeable for other reasons….
O’Leary says he is otherwise, not Donald Trump – he says he differs in policy, foreign, domestic and social.
There are now 14 names in the hat for the leadership of the Conservative Party which is set to take place May 27th.
- Advertisement -
Facebook
Twitter
ReddIt
WhatsApp
Email
- Advertisment -
- Advertisment -
- Advertisment -