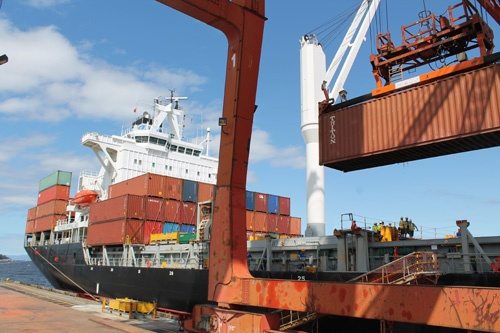 Photo courtesy Nanaimo Port Authority
The Nanaimo Port Authority is doing a booming business.
The Authority’s CEO Bernie Dumas says there was a 61 per cent increase in tonnage volumes year over year, mainly due to the doubling of log ships.
He says that resulted in 65 new positions on the Island.
Dumas says the outbound container business is a little slow but there are lots of opportunties for inbound containers……
The West Coast Marine Response Corporation is poised to build a new facility on the Authority property and plans for a passenger only ferry are moving forward too.
He says the Authority is also working to secure more cruise ship stops and those passengers fan out all over the Island to see the sights.