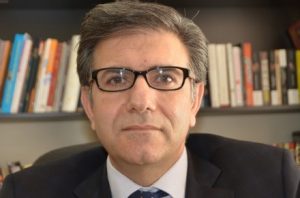 Last week was International Development Week at VIU but because of campus closures many of the activities were delayed until this week.

Darrell Harvey, VIUs International Projects Coordinator says the university undertook several actions as a result of the refugee crisis in the Middle East, including joining the Scholars at Risk Network.

Hossein Raeesi, a human rights lawyer from Iran, came to Canada as a result of the Network in 2012.

Raeesi will talk about his experiences and a number of human rights topics during a presentation Tuesday morning at the Cowichan Campus.