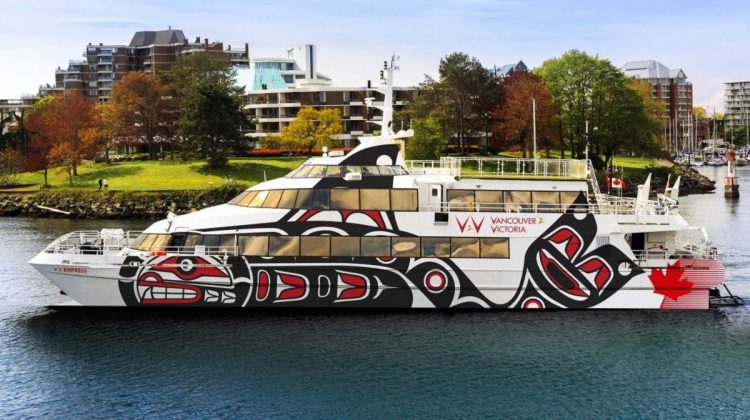 Photo: V2V Vacations Website
The company poised to operate a passenger only ferry service between Victoria and Vancouver has unveiled its ticket prices.
A one way ticket for the 3 and a half hour ferry ride will cost between 120 and 240 dollars.
The high-speed jet catamaran, will offer two daily round trips between Victoria s Steamship Terminal and Vancouver s Harbour Flight Centre, near the convention centre.
The service is expected to start May 1st.
In the meantime, a proposed passenger only ferry service between Nanaimo and Vancouver, operated by Island Ferries, is still under review.
If the due diligence is successful and the company can get lease agreements in place for marine infrastructure to operate from, it could take 6 months before the service is up and running.
Those tickets are supposed to coast around 24 dollars, one way.