A budget flush with cash 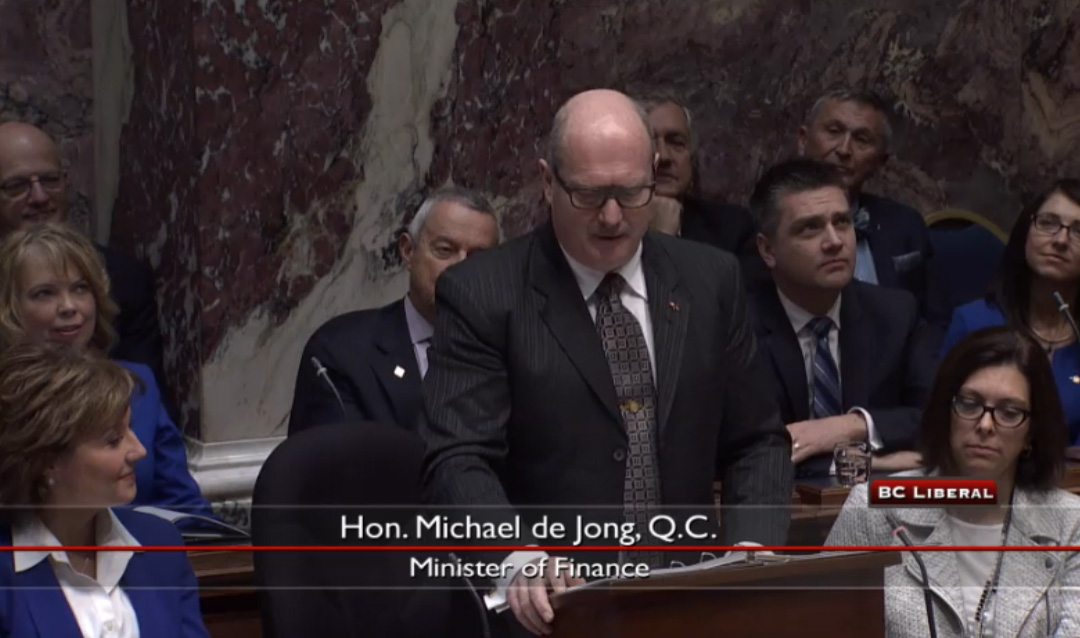 The B-C Government has introduced it’s pre-election budget and, in it, is pledging to halve M-S-P premiums next year.
Finance Minister Mike de Jong….
De Jong says starting January 2018, the M-S-P premiums for households making under 120-thousand dollars will be cut by 50 per cent.
De Jong says the government is forecasting continued surpluses for the next few years, with the target of being able to pay down the provincial operating debt.
The Education budget will increase by 740 million dollars over three years.

The budget provides an additional 796 million dollars over three years to support families, individuals and children most in need.

Other targeted injections of cash will support workers, jobs and the ability of businesses to compete internationally and remain resilient in a challenging global trade climate.