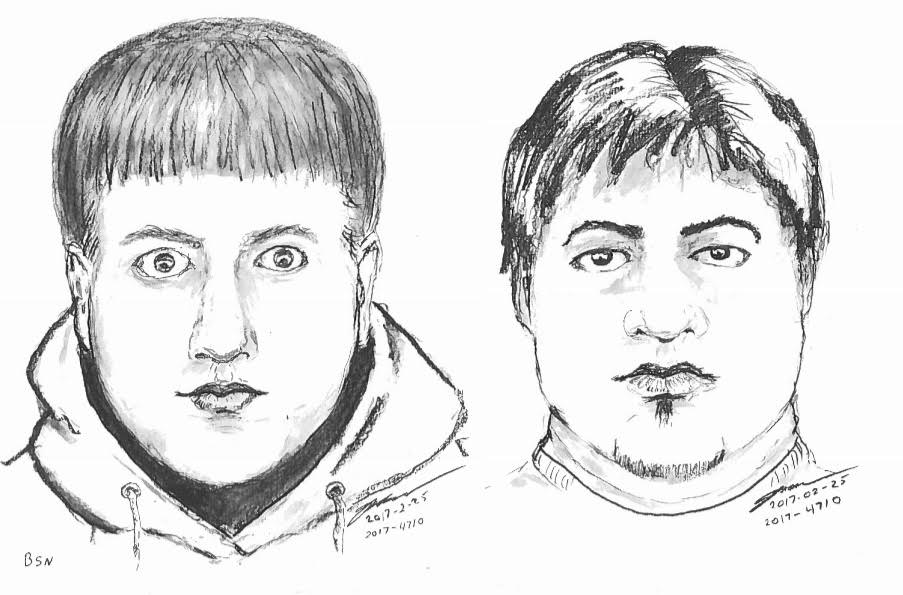 RCMP are looking for a trio of suspects following a home invasion.
It happened back on February 16th, but police are just now releasing sketches of two of the suspects.
Constable Gary O’Brien says investigators were told three men in a pickup truck threatened the resident of an apartment building with hand guns and demanded they be let into the building…..
The suspects were associated with a blue, approximately 2007, Chevy Silverado pickup truck and a sketch of two of the suspects is on our website.
Police are not saying if the suspects and victims are connected in any way.
Facebook
Twitter
ReddIt
WhatsApp
Email
- Advertisment -
- Advertisment -
- Advertisement -