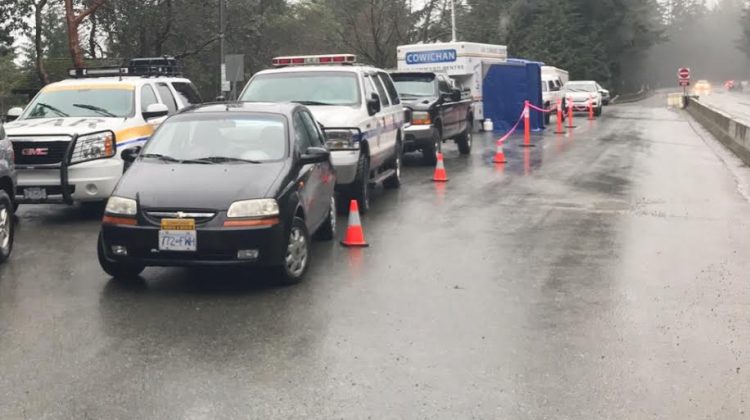 Photo: Juice FM
Human remains have been discovered near a rest stop at Malahat Summit.
Police and BC Coroners Service are investigating.
Several RCMP vehicles, along with Search and Rescue teams from Cowichan and Salt Spring Island were seen along the highway on Friday afternoon.
No details have been released how how the remains were discovered, or how long they may have been there.