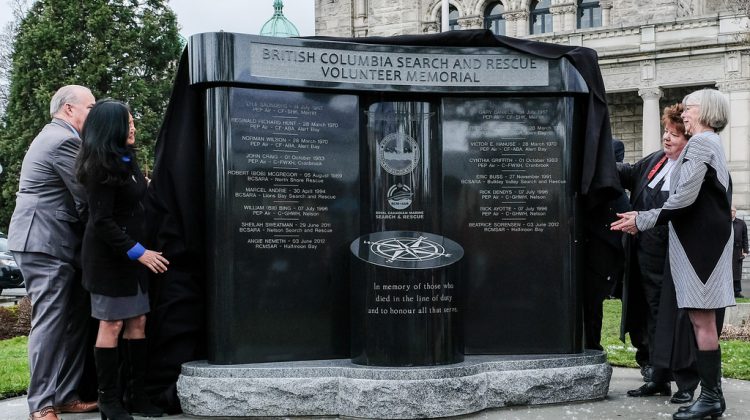 Photo: BC Government Release
A new memorial has been unveiled, honouring search and rescue volunteers in British Columbia.
Minister of State for Emergency Preparedness, Naomi Yamamoto, says the memorial honours the search and rescue volunteers who have died on the job, and honours those who work hard to keep British Columbians safe.
The memorial is located next to the Emergency Services Garden of Honour on the grounds of the legislature in Victoria