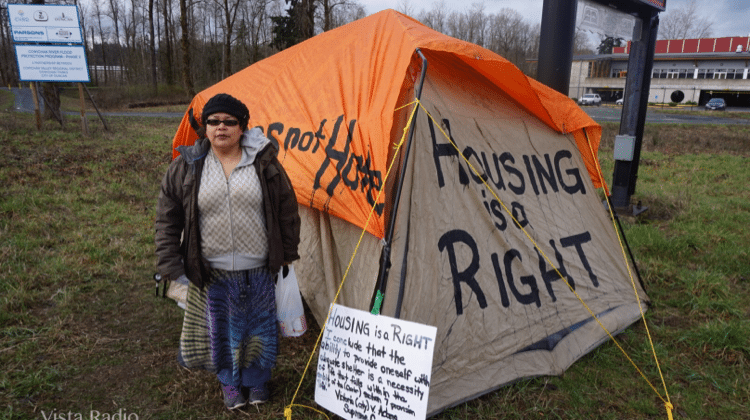 “Housing is a right.”
That’s what’s scrawled on a tent set up at the corner of Cowichan Way and the Trans Canada Highway, as a peaceful protest takes place to raise awareness about the housing crisis in the Cowichan Valley.
Christine Brett of Crofton has been peacefully protesting at different locations in Duncan, hoping to raise awareness about the housing crisis in the Cowichan Valley. She says she was motivated to do this after a health emergency at the local emergency meant many were left without shelter. She says everyone knows about the homeless problem, but still there is not enough action.
Brett says this is a huge problem for many in the community, and it’s not just about “getting a job.”
Brett is encouraging everyone to vote in the upcoming provincial election and make an effort to bring the housing issues to the forefront.
The federal government just announced a billion dollars a year over the next 11 years for a National Housing Strategy in the 2017 budget.