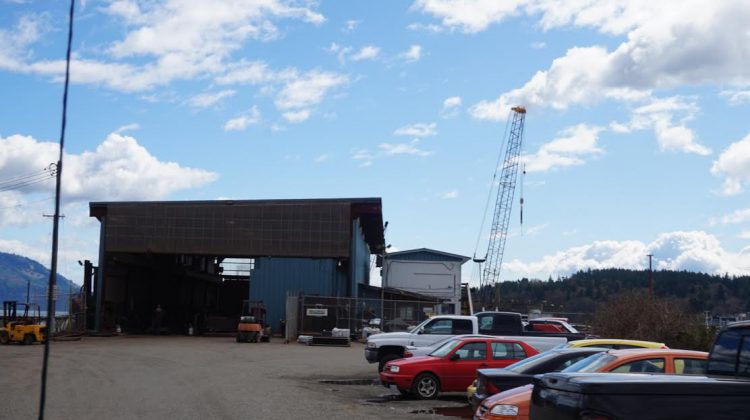 Pacific Industrial Marine in Cowichan Bay
The Cowichan Estuary Restoration and Conservation Association say they are concerned about a proposed rezoning in Cowichan Bay.
The rezoning application asks for manufacturing to be made an allowable use in the area’s marine industrial activities.
Jock Hildebrand says this opens up the estuary to much heavier industry which will have a negative impact on the region.
Western Stevedoring Terminal Manager Rob James says the amendments to the bylaw would actually improve environmental impact. He says currently, petroleum storage is an allowable use in the bylaw.
Western Stevedoring holds the long term lease in that area, and subleases to Pacific Industry Marine, which builds bridges, floats and other oversized structures that require water access for transportation.
James says Pacific Industry Marine has been doing this work for many years, but they were made aware that manufacturing was not included in the marine industry bylaws by the CVRD in 2016…. so they began the process to make some changes. He says both Western Stevedoring and Pacific Industry Marine have always been respectful of the estuary and have a great environmental track record.
Hildebrand with the CERCA maintains the estuary is just too sensitive to increase industrial activity in the area.
CERCA, who is opposed to the rezoning, is hosting a public meeting on the issue at 7:30pom on Monday at the Cowichan Maritime Museum.
Western Stevedoring says they are also open to sharing information about what they do and the reason for the rezoning any time.